ThinkProgress » Reagan’s Solicitor General Charles Fried: ‘I Am Quite Sure That The Health Care Mandate Is Constitutional’

ThinkProgress » Reagan’s Solicitor General Charles Fried: ‘I Am Quite Sure That The Health Care Mandate Is Constitutional’
Posted by Morgan at 10:06:00 AM No comments: 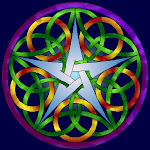